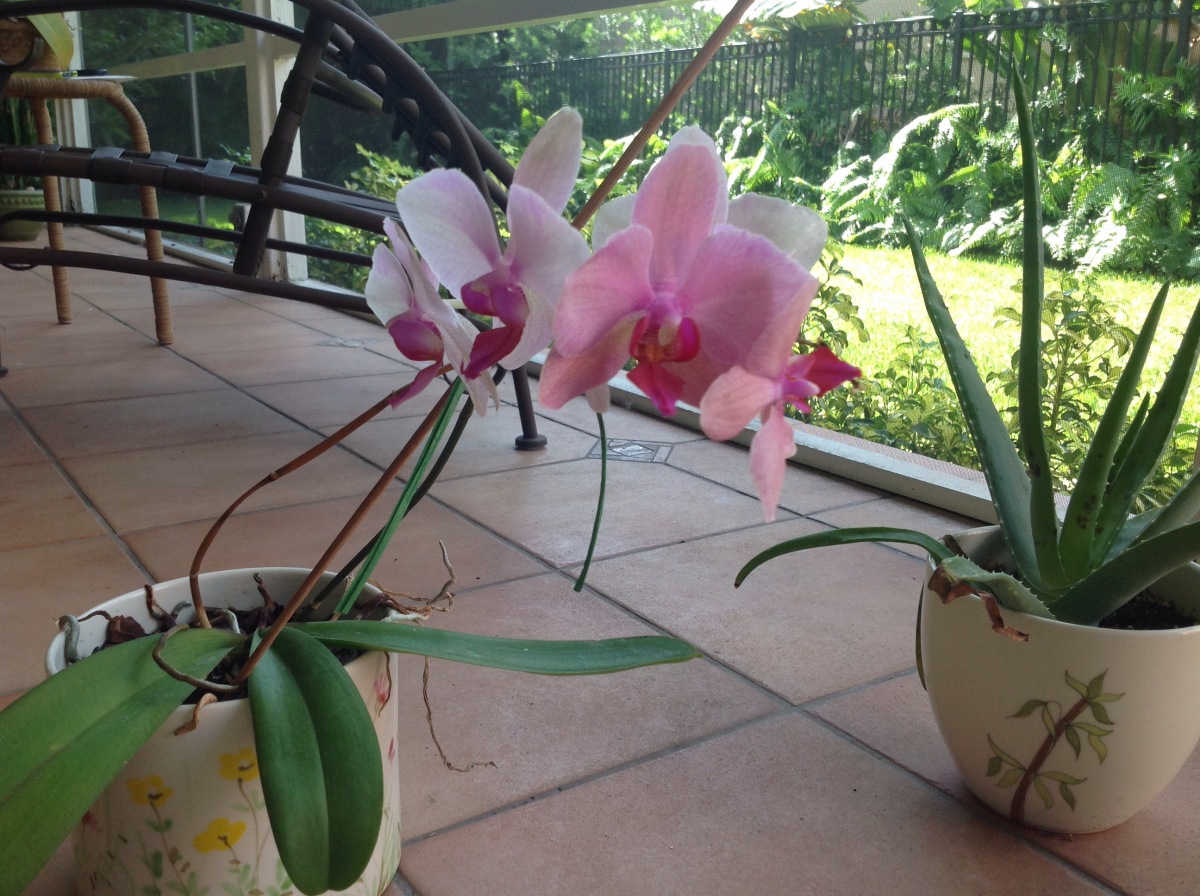 After losing Danny, I was numb. The one person who had made me crawl out of the dark place following my divorce was now gone from my life.

I cried constantly. Everything was a reminder of him. The beautiful orchid plants he gave me for Valentines Day. The birthday card he’d given me just weeks before he had his accident. The last photos I’d taken of him at the sweet, impromptu birthday barbecue he’d thrown for me. He bought me gag gifts and laughed as I opened each one. We sat outside on the patio, looking over at the neighbor’s sour orange tree laden with fruit.

We ate ribs with his two roommates, who joked about the road trip to Montana we wanted to take together. His roommate Digger said, “I don’t think these two will make it to the state line, let alone Montana.” His other roommate, Ben, laughed and volunteered to go with me instead.

In the days and weeks following Danny’s death, I felt and saw signs from him. There were pennies (as in “pennies from heaven”) which turned up in odd places. There were numerous other signs that I’ve now forgotten but wished I had kept a list of. My grief was so deep that for some reason, most of these really poignant signs have somehow been blotted from my memory. I simply can’t recall them now, exactly a year after Danny’s death.

The signs served their purpose. They reached my heart at the deepest level. The point is, I knew he was still with me. I felt him talking to me constantly. I even understood that he was now, along with my grandmother, one of my spirit guides. Danny will be one of the first spirits to greet me in heaven. I’m certain of it.

Last June, there were many days when I just couldn’t get out of bed. The divorce had been so terribly painful. Now Danny’s death seemed like one more drastic, life changing event I just couldn’t cope with. Several friends made a point to call me every week. They gave me a lifeline by doing this. I really was drowning in grief at that point in time.

By July, Miami’s notorious summer heat was in full force. The days were too humid to sit on the porch. I kept hibernating indoors, putting fresh flowers in a bud vase I kept next to Danny’s picture. I read several novels, eager to escape reality for a little bit. I cried in the shower daily, and fell to my knees sobbing many times a day.

They say it’s always darkest before the dawn. I didn’t yet know it, but my own personal sunrise was just around the corner. A childhood friend was coming to Miami for a visit. What happened while she was in town would be the start of a new life for me.